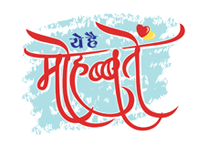 
Yeh Hai Mohabbatein is an upcoming television show which is going to air on 3rd Dec 2013, from  Mon–Fri at 11:00PM on Star Plus Channel.Karan Patel and  Divyanka Tripathi are playing the lead protagonists.Television queen Ekta Kapoor is producing the show under the banner Balaji Telefilms.This show based on the novel Custody, written by Indian author Manju Kapur. 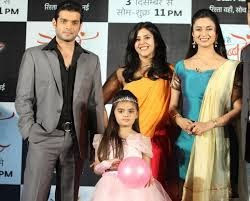 Star Plus's Ye Hai Mohabbatein is the story of Ishita, Raman and Ruhi. Two lives connected by their common love for little girl Ruhi.Ishita Iyer will be seen in playing the role dentist,who is fond of children.She is a dutiful and loving daughter to her parents.

On the other hand, the male lead actor Raman Bhalla, is an extremely successful man, as well as a workaholic.He is rich, suave and self-made and has become the CEO of his company at very short peroid. He is a busy father who can't take care of his adorable child Ruhi,as his life revolves around office meetings, parties and work.
/[ 0 comments Yeh Hai Mohabbatein Serial Wiki,Star Cast,Show Timmings,Story - Star Plus New Serial]\