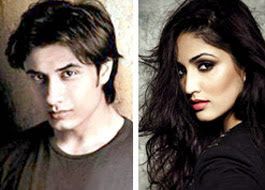 Total Siyappa  is an upcoming bollywood movie starring Ali Zafar and Yami Gautham in the lead roles.The film was earlier titled as Aman Ki Asha and now changed to Total Siyappa.The reason behind changing the title is that the producer Neeraj is unhappy with the title that it did'nt fit for the story line.

According to him,the new title Total Siyappa, clearly represents the chaos in this love story.
Total Siyappa is a story set in London where romance brews between Pakistani Punjabi boy and an Indian Punjabi girl who falls in love.  The movie is directed by Eeshwar Niwas and produced by Neeraj Pandey.The movie is slated for a release on 31st January 2014.
/[ 0 comments Ali Zafar & Yami’s film retitled as Total Siyappa]\