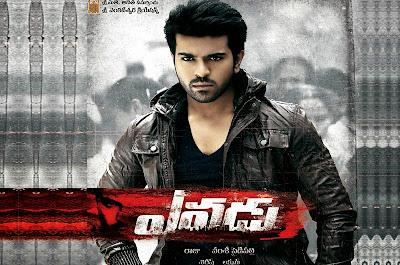 Ram Charan's "Yevadu" movie has finally got its release date and will hit screens on 19th December 2013,which is officially confirmed by Producer Dil Raju.The movie was supposed to release in the month of july,but due to Samaykyandhra Agitations the movie has postponed to December.

Shruti Haasan and Amy Jackson are playing the female leads in the movie.Allu Arjun and Kajal Aggarwal will be seen in a cameo roles.