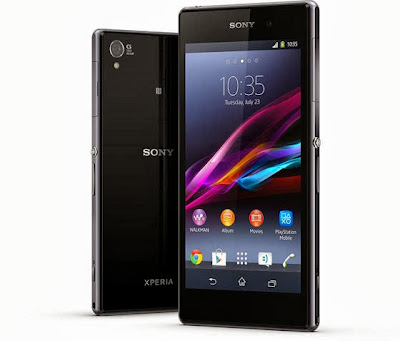 Sony mobiles has launched its new flagship smartphone ,"Sony Xperia Z1 "in the indian market.
Just 2 weeks back Sony has unveiled Xperia Z1 at a global launch.Sony Xperia Z1 is now available at a price of Rs 44,990 in India, and India is the first country to get Sony Xperia Z1 on stores.

The smartphone  sports with a 5 inch full HD LCD display with a screen resolution of 1920 x 1080 pixels with Triluminous technology.The smartphone is chipped with a 2.2GHz quad-core Qualcomm Snapdragon 800 processor with 2GB of RAM .And it runs on Android 4.2 Jelly Bean OS.Sony Xperia Z1 comes with  16GB internal storage which can be expandable upto 64GB via microSD card slot.

Sony Xperia Z1 comes with  2 megapixel front camera for video calling.The camera also comes with a Bionz image processor, which is a first for any smartphone.