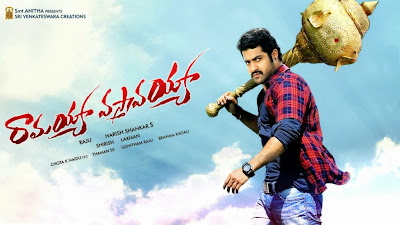 Watch the exclusive theatrical trailer of Ramayya Vastavayya an upcoming Telugu film starring Jr.NTR,Samantha and Shruthi Hassan in the lead roles.The film is written and directed by Harish Shankar and produced by Dil Raju under the banner Sri Venkateswara Creations.Tunes are composed by S.Thaman.Movie slated for a release on 10 October 2013.