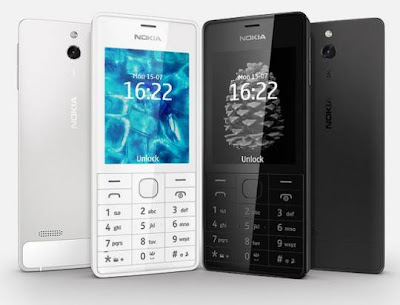 Nokia mobiles has launched its new phone Nokia 515.The price of Nokia 515  is expected to be around Rs 6,000.The handset is available in single and dual SIM variants.The unique feature of Nokia 515 is that it comes with aluminum body which made from a from a single piece of anodised, sandblasted aluminium.

Nokia 515 sports 2.4 inch QVGA display scratch resistant Gorilla Glass 2 display with a screen resolution of 240 x 320 pixels.The RAM consits of 64MB. It runs on Nokia’s Series 40 software. The phone comes with5 megapixel rear camera with LED flash.Nokia 515 comes with 256MB of internal memory which is expandable up to 32GB via microSD card.