Grand Masti Declared as a Super Hit at the Box Office 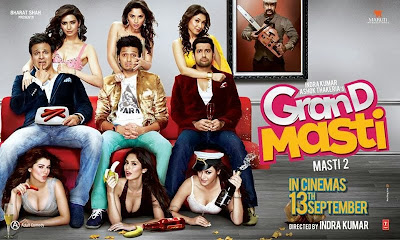 At the end of its first week collections, Indra Kumar’s sex comedy entertainer 'Grand Masti' has been declared a super hit at the box office.

The film’s first week total collections stands at Rs 65 Crore, which is the fourth highest of the year.
Chennai Express, Yeh Jawani Hai Deewani and Race 2 have been the top three first week grossers of 2013.

The film is produced by Ashok Thakeria,Indra Kumar under the banner Mehboob Studio.Music is composed by Anand Raj Anand.

The trade expects Grand Masti to run well even in its second week and do a lifetime total of at least Rs 85-90 Crore.
/[ 0 comments Grand Masti Declared as a Super Hit at the Box Office ]\