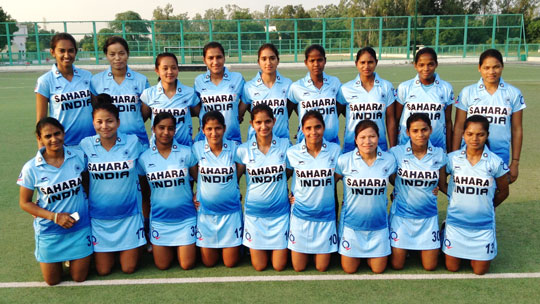 Indian Junior Women Hockey Team has won its Bronze Medal in ERGO Hockey Junior World Cup at Monchengladbac, Germany on 4 August 2013. In a penality shoot- out,India beat England by 3 - 2.The tournoment was held at  Monchengladbac, Germany from 27th July to Aug 4th 2013.India ended at 3rd position in the tournment.
Player Rani was declared as the Best Player of the ERGO Junior Women Hockey World Cup 2013.The 17-year-old Navneet Kaur was scored the winning goal.Neil Hawgood is the coach for the indian Team.After the win,Hockey India has announced a cash prize of Rs. 1 Lakh for each member of the Junior Women Hockey Team and Coach.A Price amount of Rs.50,000 was announced for the support staff.